What It Takes To Get Rid Of A McDonald's

I'll bet you can't name even one.

I say this because no one in my cab has ever been able to think of one.  Well, actually there was one passenger who could.  He said there was a mass shooting in a McDonald's in San Diego, California, in 1984 in which twenty-one people were killed, and in the aftermath the McDonald's Corporation decided to raze the building and donate the land to the city rather than reopen it.  However, a new McDonald's was eventually built just a few blocks away.  So it's debatable as to whether or not this counts.

Wondering why this was so, I learned through conversations with passengers and with a bit of research on the net that in the great majority of cases the McDonald's Corporation owns the land upon which the restaurants are constructed.  A realtor in my cab recently told me, in fact, that people are mistaken if they think McDonald's is in the hamburger business.  Actually, he said, they're in the real estate business.  The value of their real estate holdings, including the land itself and the buildings, is more than 28 billion dollars.

So imagine my surprise when I drove up 10th Avenue in Manhattan a few weeks ago and noticed that a fence had been constructed around a McDonald's at 34th Street and it was shuttered up.  This was especially interesting to me because this very same McDonald's was, in fact, demolished about twenty years ago and I remember thinking at the time that it was the only one I knew of that had ever gone away. Especially strange, I thought, because it was one of the very few restaurants in Manhattan that had its own parking lot.  You could actually park your car and go into the place to eat, unheard of in the real estate paradise known as Manhattan.  And now it was gone?

No!  What happened was that, Hydra-like, it came back!  A new, bigger, two-story McDonald's arose in its place and was super-sizing the fries, sodas, and shakes all over again.  What, I had to wonder, could it possibly take to kill off one of these joints?

The answer to that question requires a closer look at what's been happening in the section of Manhattan that is bounded from north to south by 34th Street and 30th Street and from east to west by 10th and 12th Avenues.  It has its own new name: "Hudson Yards".  "Hudson" because the Hudson River is right there next to 12th Avenue and "Yards" because the construction that's underway there extends over the West Side Rail Yard, where trains headed for Pennsylvania Station come, go, and hang out.  It's a massive real estate development which when completed is expected to consist of sixteen skyscrapers with more than 12 million square feet of office, residential, and retail space.  An extension of the Number 7 subway line -- a massive construction project in itself -- was recently completed and opened for business with a station on 34th Street between 10th and 11th Avenues, the first new subway station to open in New York City in twenty years.

So why did the McDonald's go out?  Well, it was due to the value of its land, of course.  We all know about "location, location, location" and this is a location wet dream.  It's about an acre of the most prime real estate imaginable, literally adjacent to the new subway station.  Who was the genius who years ago decided to acquire a plot big enough for a parking lot?  Incredible.

I had to wonder what the price could have been for the McDonald's Corporation to sell out.  Happily, I was able to extract this information from two recent passengers in my cab.  One was a real estate lawyer and the other an executive of the development company which bought the land. (It's amazing to me how, when I decide that I want certain information, somehow a passenger shows up in my cab who provides me with it.  It's been happening for years -- a phenomenon, really.)

Anyway, what do you think it was?  Before you read on, just sit back for a minute and think about it.  An acre of land in the middle of a huge, huge real estate development in a whole new section of Manhattan that has its own new subway line -- what do you think that's worth in today's dollars?

One hundred and forty-four million dollars, including the air rights.

One hundred and forty-four million dollars.

So now we know.

That's what it takes to get rid of a McDonald's. 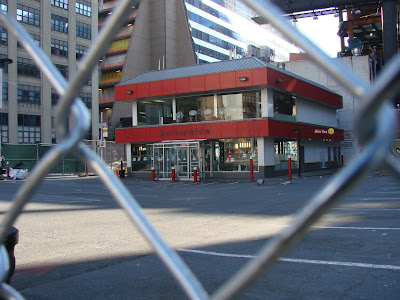 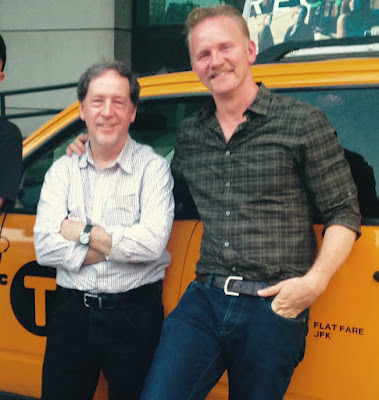 Posted by Eugene Salomon at 11:06 PM 5 comments: Links to this post