There was another taxi strike (actually a one-day work stoppage, not a real strike) on Monday, October 22nd. I thought I'd said all I wanted to say about politics and taxicabs in two previous posts - click here if you'd like to read my rant about the working conditions of the NYC taxi driver and here for some insight about the lies we've been told by public officials - but with this second job action going down last week, it's back to politics for at least one more post.

I gained a bit more life experience from this thing - about union busting. I thought I would share with you what happened to me personally last week as it may put a human face on what could be otherwise a somewhat abstract labor situation.

First off, I think I should say in fairness that from the information I have gathered from both the media and with my own eyes, that the strike was pretty much a flop. I had hoped that because it was just a one-day action (the strike in September was two days) and it was on a Monday, the slowest business day of the week, that more cabbies would join in and refuse to drive.

But they didn't. I drove my own private car into Manhattan that night and rode around in the traffic for a couple of hours. In every part of the city I saw lots of yellow taxis cruising the streets. It looked like a normal night to my expert eye. In fact, it actually looked like a slow night because so many of the cabs didn't have passengers in them. Nowhere did I see people on the streets desperately trying to find a taxi.
However, as with the strike in September, a tremendous amount of publicity was accomplished and the press I saw was all favorable to the drivers' cause. The mayor and the Taxi and Limousine Commission are now being portrayed as the bad guys and the drivers and the Taxi Workers Alliance as the good. And the taxi-riding public in general is well informed as to what the issues are. So it wasn't all for nothing.
So why didn't the majority of cabbies take the day off?
They were hit from two sides. One, an outright bribe from the mayor. And two, by coercion from the owners of the taxi garages.
Once again, Mayor Bloomberg and his team put into effect the "contingency plan" in the event of a strike. It divided the island of Manhattan into four zones. A ride within a zone cost the passenger a flat ten dollars. But if you crossed into another zone, an additional five dollars were charged. Plus group riding was in effect, so these zone rates applied for each person that was in the cab. Taxis can take up to four passengers at a time.
This meant cabbies (or "scabbies" as they were being called) could make a lot of money. And the passengers spent more than usual.
Now this was not new news. But for me, at least, what happened at the taxi garage was new news. Currently my usual driving days are Saturday, Monday, and Tuesday. The strike in September took place on a Wednesday and a Thursday, so it did not affect my normal working schedule. But this one occurred on a Monday, a day I normally work.
One of the advantages to driving out of a taxi garage has always been the flexibility of the schedule. If for some reason you can't drive on your usual day, you can switch it to another day. I've been operating like this for the last fifteen years. But here's what happened this time.

When I came in to get a cab on the Saturday before the strike, I noticed this sign in the garage: 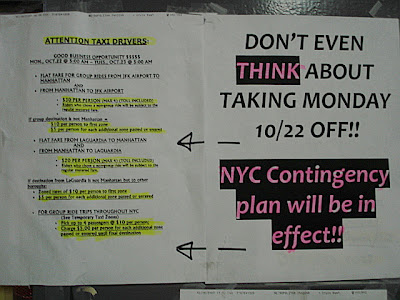 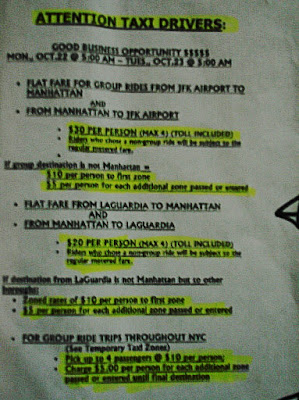 The owner of the taxi garage was making it very clear to the drivers that Monday, the strike day, would be a great day to drive because you could make so much money. He was taking his cue from the mayor. However, there was no indication that if you chose to observe the strike that there would be any kind of retribution.

Yet when I called the garage early on Monday to tell them I needed to change my schedule due to the strike, I was told quite bluntly that if I didn't work that night I would, in effect, be fired.

I say "in effect" because the way the system works is that since we are all technically "independent contractors" we are not employees. So what the owner of the garage actually told me was that if I didn't work that night he would not lease me his cabs thereafter. He then hung up the phone on me. This after fifteen years of being one of his best drivers.

So I called him back. How would it be, I asked, if I paid for the shift but didn't drive? That was acceptable. So I wound up paying the owner of the garage $113 for a shift I refused to drive so I could continue operating out of his garage.

And it left me feeling that my rights had been violated.

So this was the dilemma the NYC cab driver faced. It didn't mean simply losing a day's wages. It meant going below zero and paying your own money to heartless garage owners in addition to not making any profit for yourself that day. But it was a dilemma made not so unpalatable for many due to the chocolate-covered carrot that was dangled at the end of the mayor's stick.

In a slightly more ideal world, we would have a mayor who would get up and say this:

"It has come to my attention that the taxi drivers of New York City are working in conditions that are far below the standards of American labor.

"I am ashamed to admit that I was not aware of this until just recently, even though I have been your mayor for nearly six years, that cab drivers here are working 12 hour shifts with no health care benefits, no pension plan, no overtime, no paid vacations, and no sick days. And that the cost of these benefits cannot possibly be covered by the incomes that these drivers are currently making. It is deeply disturbing to me that such conditions exist in this, one of the most affluent and important cities in the world.

"Due to the fact that they have never had a real union, they have been taken advantage of by corrupt city officials and greedy garage owners for the last thirty years.

"But I am putting an end to this. And the first thing I am going to do is sit down with the people who are trying to represent the drivers and address their grievances. I want them to know that their objections are not being met by deaf ears."

If we had a mayor who said anything even approximating this, we would know we were getting something from him that is as important to us as the more tangible issues that are being debated.

And not an insulting bribe from a billionaire who was trying to bust a union.

Posted by Eugene Salomon at 4:01 AM 5 comments: Links to this post

One night in October of last year - it was October 24th to be exact - I was driving the night shift and took a break at around 9 pm to get a Starbucks tall black coffee at their place on 6th Avenue and 24th Street. What I found when I got there was a movie set taking up the whole block on 24th between 5th and 6th.

The movie is called American Gangster and it's finally being released this week. All I know about it is that it stars Denzel Washington and Russell Crowe and it's set in 1969. I hung around for awhile (didn't see any stars), took these shots, and I've been waiting a whole year to post them because I thought it would be cool to show them just when the movie came out. So if you go to see this movie and you see this scene, remember - you saw it here first! 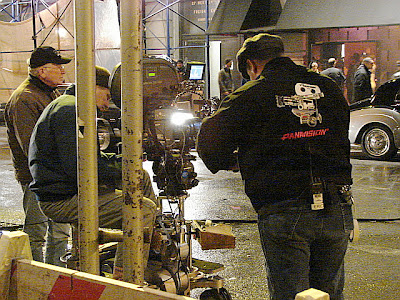 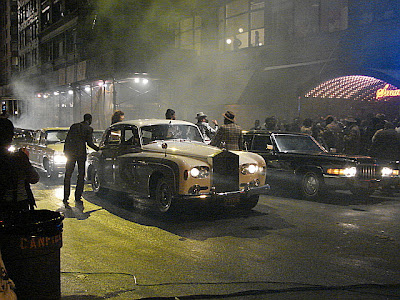 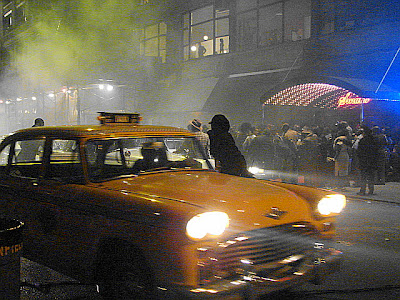 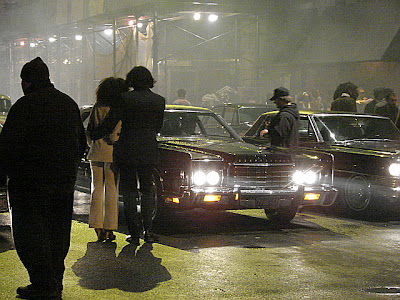 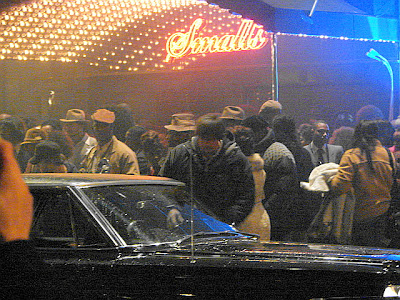 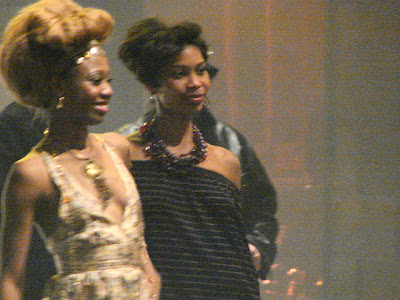 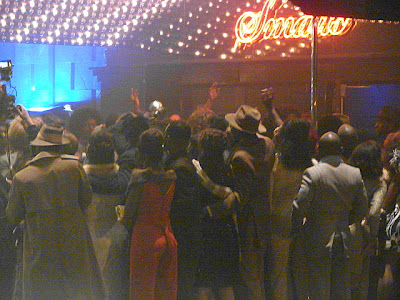 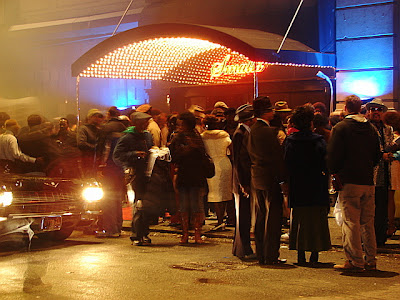 Posted by Eugene Salomon at 4:30 AM 5 comments: Links to this post