The Tenth Anniversary of Pictures From A Taxi

November 24th was the tenth anniversary of my street photography blog, Pictures From A Taxi.

You know, New York could be called a street photographer's heaven.  People of every description, things that suddenly jump out at you from their secret hiding places, profound oddities, dogs, the occasional coyote... this city is just begging to be photographed.

I decided to start carrying a digital camera (with a hefty zoom lens) around with me in my cab in 2006 for several reasons.  For one thing, it would make my already adventurous profession even more interesting.  Instead of just waiting for the light to change, I am scanning the the sidewalks for a shot.  A second reason was because with digital it is so much more doable than it had been prior to that revolution in the world of photography.  No more waiting for your film to be developed.  Instant editing that would have taken hours in a darkroom.  And a third reason was because I wanted to add "mass" to the "significance" of this blog, which is mostly text without many pictures.  Instead of just publishing random shots of New York to accompany the posts here, I thought it better to create a whole new blog of nothing but photographs.

That was ten years ago.  For quite a few years I was publishing a new picture virtually every day, so the quantity of pictures has really added up.  There are to date exactly 2,220 posts, each consisting of simply a picture, or maybe two or three if it was warranted.  There would be many more, but let me tell you something about street photography -- you've got to be really fast!  For every shot I got there were ten I missed because I didn't have enough time to pick up my camera and shoot.  Things happen very quickly out there, plus I'm often moving myself (although I'm proud to say that on some occasions that has not prevented me from getting the shot).

Recently I completed a rather massive project of indexing all the pictures in the blog by subject matter (which I should have been doing all along).  So if you click on the label below each picture you will see other pictures with the same theme.  And of course if you click on the picture itself it will blow up in size, quite possibly revealing details you may have missed in the smaller version.

What I have decided to do to celebrate this momentous occasion is to pick out my fifty favorites from all these images.  Since November I have been re-publishing one photograph a day from the collection, a picture that in my own opinion is one of my best.  (I apologize in advance to all the pictures that were not chosen.  You know I love you all, but let's be honest, some of you are just not as good as the others.)

So I hope you'll click on over to Pictures From A Taxi to check out the ones I've chosen -- in no particular order, my Fifty Favorites. 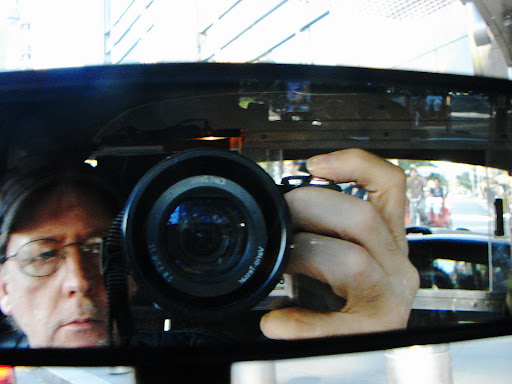 Posted by Eugene Salomon at 8:09 PM 9 comments: Links to this post